Of Innovation and Cannabis Oil Therapeutics

Constance Finley has pioneered the cultivation of cannabis oil from the cannabis plant. What began as an option to confront her illness rapidly evolved into a methodical, practical, science-based program for thousands who have reported discovering relief for their ailments. She has spent years forging relations with scientists, doctors, patients, researchers and other respected figures. In turn, they closely follow the progress she and her company, Constance Therapeutics, are making in the use of plant-based concentrates to help others in their battle with serious ailments. The following gives you an indepth look into the Constance Finley story.

Constance Finley, founder and CEO of Constance Therapeutics, was inspired by her own personal experience with a chronic illness. After nearly dying from the pharmaceuticals prescribed to help alleviate pain and inflammation caused by a rare autoimmune disease, Finley turned to medicinal cannabis for relief. It was a difficult decision. Smoking cannabis was not something she gravitated toward naturally. But after finding incremental relief, Constance committed herself to learning more about the plant’s therapeutic properties. Her research began humbly in a space that once housed 200 bottles of wine in her garage. Here, she began legally growing cannabis for her own well-being. She eventually moved operations to a formal laboratory and office space, while developing close alliances with a handful of farmers who believed as she in biodynamic farming principles,emphasizing “soil to oil” and terroir farming methods.

Constance Finley, founder and CEO of Constance Therapeutics, was inspired by her own personal experience with a chronic illness.

Constance was fascinated with the science behind whole-plant medicinal extracts. Based on her research, Finley was determined to make standardized, whole-plant cannabis extracts that incorporate all the naturally occurring cannabinoids, terpenes and flavonoids in cannabis.

Prior to Constance Therapeutics, Finley was founder and CEO of Housing Allies, Inc. She pioneered the use of tax credits to create high-quality, aesthetically pleasing low-income housing for the working poor and ill, utilizing corporate investments motivated by financial tax benefits. Finley also worked as a clinical psychologist and taught psychology courses at Naropa University, Greeley Junior College and Lone Mountain College. She holds a Master of Arts in Clinical Psychology from the University of San Francisco, where she graduated first in her class, and a Bachelor of Arts in Eastern Studies and Psychology from Lone Mountain College, where she graduated summa cum laude.

When not working or presenting to large, information-hungry audiences around the globe, Constance immerses herself in literature, her vast collection of vinyl records, collecting art, cooking and walking her dogs in the hills surrounding the San Francisco Bay Area. 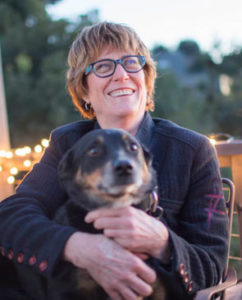